Aluminium contributes to a sustainable society

Thanks to the unique combination of properties, aluminium is light, strong and durable. It’s also infinitely recyclable, which contributes to preventing the depletion of resources and the reduction of CO2 emissions.

The requirements are important if one or more of these substances occur in equipment: Lead, Mercury, Cadmium, Hexavalent Chromium, Polybrominated Biphenyls (PBBs), and Polybrominated diphenyl ethers (PBDEs).

Factory documents, such as material certificates, often bear the CE mark. What exactly does this mean?

Many industrial product groups can only be traded in the European Economic Area (EEA) if they bear the CE mark. This mark indicates that the product meets legal requirements regarding health, safety, and the environment.

Sometimes a product falls under several directives that require the CE mark. Do you produce goods that are not covered by these guidelines? If so, you may not apply a CE mark.

CE marked products can be traded freely throughout the EEA (all EU member states and Iceland, Liechtenstein and Norway). National governments may not impose additional requirements. If the products do not meet European requirements, the CE mark is not allowed and the products may not be traded in the EEA. 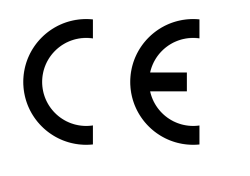 It's no secret that we do business responsibly, transparently, and sustainably. When it comes to our processes and supplier management, we place great emphasis on human rights, fair working conditions, anti-corruption, and the environment. This also means, for example, that we want to increase transparency regarding the origin of raw materials and so-called conflict materials in order to detect any risks early.

What is a circular economy?

The circular economy is an economic system intended to maximize the reusability of products and raw materials and to minimize value destruction, unlike the current linear system in which raw materials are converted into products that are destroyed at the end of their lifespan.

How the circular economy works

The circular system has 2 cycles of materials. A biological cycle, in which residual materials safely return to nature after use, and a technical cycle, for which product (parts) are designed and marketed so that they can be reused at a high quality level. This preserves their economic value as much as possible, and the system is therefore ecologically and economically "restorative".

Of course, we contribute to this. In principle, we purchase the aluminium we process and market directly from producers. After processing and reworking, a waste stream is created in the form of chips and scrap. We collect the chips and scrap strictly, separating per alloy, and dispose of them through specialized waste processors. These specialized waste processors ultimately ensure that the chips and scrap are returned to the producers, after which they flow fully back into the production process. This means the aluminium has travelled a circular path, avoiding any destruction of this valuable material.

Aluminium is very valuable at every stage of its lifecycle, from production to the end of use, and it can be recycled endlessly while retaining material properties. Aluminium recycling requires around 5% of the energy needed to produce it from renewable materials, reducing greenhouse gas emissions by 95%. Using recycled aluminium reduces the need for primary aluminium and thus minimizes waste, prevents depletion of raw materials, and reduces greenhouse gas emissions during the product lifecycle. 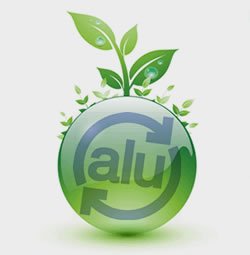